VDWF Members on Tour in Portugal – the “Mecca” of Moldmaking

VDWF Members on Tour in Portugal – the «Mecca» of Moldmaking

Evolved from a centuries-old glass-making tradition, Portugal today boasts some of the most advanced and innovative moldmaking businesses who have nearly doubled their export and production rate over the past ten years. The German Association of Tool and Mould Makers (VDWF) invited its members to join them for a four-day trip in May 2019 to visit tool- and moldmakers in what some call «mold country».

As a business owner it is essential to benchmark your business and compare it to the competition – here and abroad. The goal is to continuously improve and grow the business, ideally by cooperation and knowledge sharing. The «Voll Wild» («totally wild») series of networking events organized by VDWF are to facilitate this knowledge sharing by bringing managers in Germany’s tool and moldmaking sector together, who benefit of mingling with other entrepreneurs who might share some of their own business acumen, ideas or even potential customers.

To explore a diverse range of moldmaking shops in only a few days, there is no better place than Portugal with its moldmaking hot spots, Marinha Grande and Oliveira de Azeméis. Located just 130 km and 270 km north of Lisbon respectively, the regions combine more than 500 tool and moldmaking companies, many of them in walking distance from one another.

The reason for the evolution of this «hotbed of moldmaking» date back to a centuries-old glass-making tradition that crossed naturally over into creating molds for plastic parts. At the beginning of the 20th century, Marinha Grande began producing molds for glassware, having previously imported them from Germany and Austria. This was the foundation for the growth of the plastics molds industry today. Aníbal H. Abrantes, a partner and lathe-worker in the first pressed glass molds plant in Marinha Grande, established the first molds plant for Bakelite products in 1944. Two years later, Abrantes produced Portugal's first plastic injection mold. Other plastic mold companies began to open in Marinha Grande and Oliveira de Azeméis.

Today, the mold industry in these two regions employs a good 10,500 people and experienced a growth of 8% in 2017. Portugal currently exports over 85 percent of production to 86 countries. In 2017, exports reached a value of 675 million euros. Exports as well as employment has doubled in the last ten years.

According to João Faustino, president of the Portuguese tooling association Cefamol and owner of Marinha Grande-based company TJ Moldes, business is good in Portugal, but investment activities by OEMs are currently moderate because people are anxious about current changes in the automotive market such as e-mobility, «Dieselgate» and growing competition from China. As a result, prices for molds and tools decreased in 2018, and companies like TJ, who earn 80% of their turnover from the automotive industry, have to adjust and develop strategies to optimize production. Therefore, Faustino has already introduced a paperless factory, lean principles such as 5s and plans to re-organize his production which is currently divided into several factories according to mold size. In future, Faustino will organize his factory divided by the type of machining, i.e. all roughing and finishing operations will be joined under separate roofs.

TJ Moldes has also invested in eight new machining centers to be delivered this year, all five-axis with pallet systems and some with two tables to optimize set-ups and increase the degree of automation. «The goal is to be able to run the machines 24/7 unattended,» Faustino says.

While many of the shops visited during the tour were generally bigger and run with more employees than most moldmaking shops in Germany, the unemployment rate is very low in some regions (4% in Marinha Grande, for instance) which makes highly-skilled people difficult to find. As a result, most companies like TJ have recently invested in new machines and automation, which is supported by government funding through the «Portugal 2020» strategy, which is part of «Europe 2020», a European strategy to foster productivity and employment among other things. Portugal will receive about 25 billion euros until 2020 in order to reach the goals defined by the European strategy such as decreasing the unemployment rate and stimulating the growth of businesses.

Complete Machining, Metal AM and Paperless

The trend to five-axis complete machining as well as automated and connected EDM and HSC milling cells was visible in most companies the group visited, including JDD Moldes in Oliveira de Azeméis. Founded in 1984, JDD Moldes exports 100% of its injection molds weighing up to 20 tons to the automotive industries in Germany, France, the Czech Republic and Poland. “We need to respond to market demands quicker than ever before,” Hugo Pinto, sales manager at JDD Moldes in Oliveira de Azeméis, points out. «To stay competitive, a mold shop must decrease production times and costs while at the same time ensuring that quality meets the customer's expectations. An intelligent combination of high-speed milling and EDM can often become a decisive factor in the race for on-time delivery.»

Five-axis milling machines from DMG Mori combined with automation systems from Erowa as well as automated EDM machines with a robot handling workpieces an electrodes dominated the mold production at Grupo Socem, too, a company driven by VW, Audi and Porsche, employing more than 400 people in Marinha Grande. The company has already established plants in Mexico and Brazil and decided to organize its workforce by what it calls «superspecialization», which means employees are dedicated to either EDM, milling, assembly or prototyping. «We don’t hire management people, we build them up here,» is Luís Febra’s credo, General Manager of Socem.

To create a great work environment, the company has built new buildings in a very modern design, including recreational areas such as a gym, canteen and a park with a walking trail. Moreover, designers are free to design other things than molds and participate in global arts competitions with 3D-printed plastics parts (the company installed the first 3D-printer in 1994).

3D-printing or more specifically metal additive manufacturing is certainly what makes Erofio Group stand out from the crowd. According to Production Manager Joao Frade, the company was the first in Portugal to run an M3 Linear Laser Cusing machine from Concept laser to offer customers the opportunity to integrate complex conformal cooling channels into their molds. This year, Erofio has complemented the laser sintering capabilities with another machine from Concept Laser, an M2 Laser Cusing machine with one laser. «I believe in running machines with one laser as there is less heat and hence less warpage produced,» Frade says.

Walking the shopfloor – which boasts wire and die sinking EDM machines, some connected to Röders HSC systems, deep-boring machines, four CMMs, ten new five-axis machines as well as a brand new DMU 270P gantry, as well as an in-house mold shop with 30 injection molding machines – one impressive in-house development caught the eye: the company’s in-house developed software which has ensured a digital, paperless manufacturing environment for more than 20 years now. «All data of all molds and products are in the system,» Frade explains. «If you need to have a look at one of the say 2000 parts making up a mold, you simply click on it and have all the information including CAD data available. Everyone can see what’s happening in real-time and put in new information or required changes.» 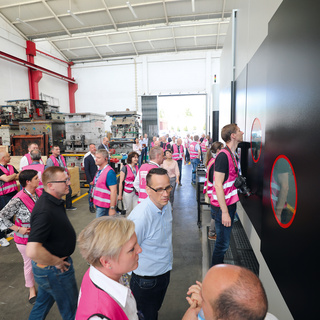 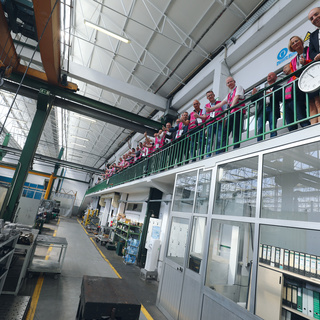 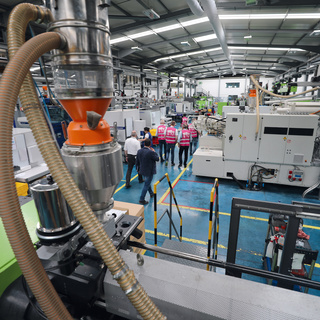 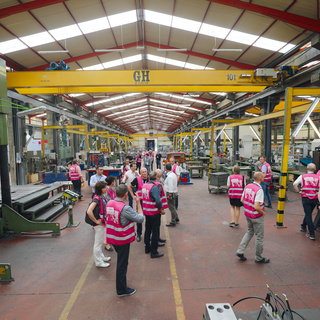 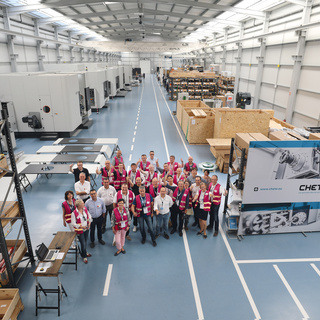 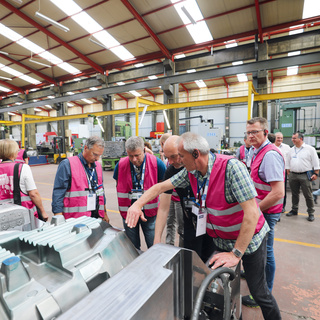 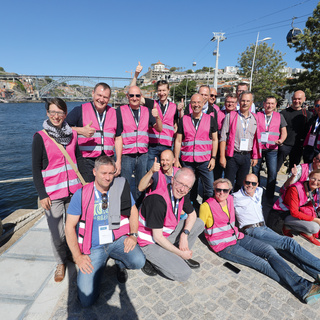 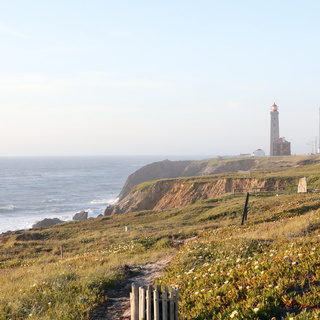 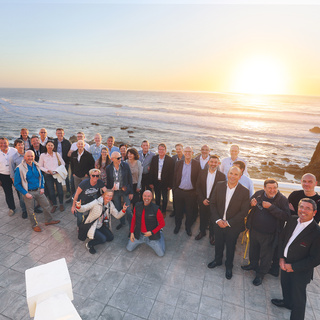 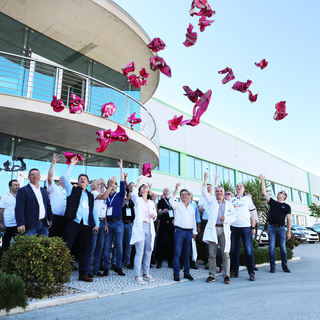 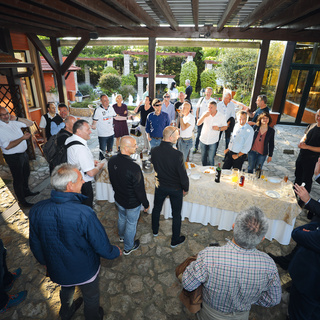 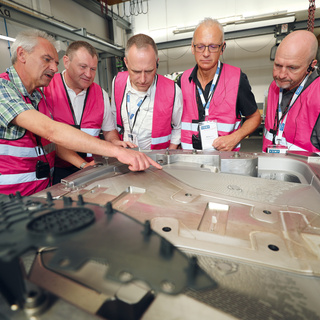 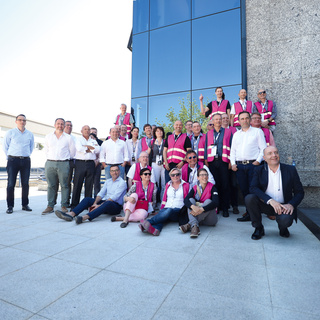 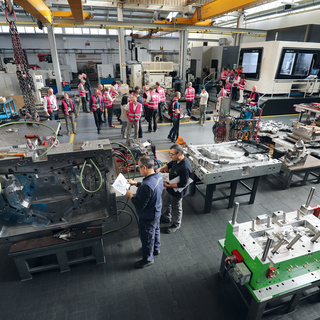 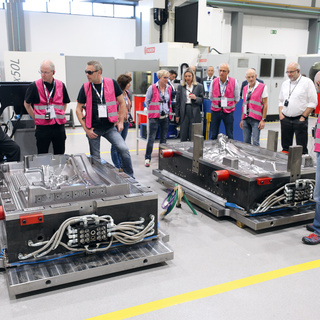