The Polyman is about to be the new sensation in the training of tool and mold makers. It is a handy piece of two component plastic created with half plastic- compatible components, and half non-plastic compatible components. It combines both the good and the bad of injection molding processes and makes them recognizable at a glance.

This injection mold pattern and its remarkable history will be premiered at the Molding Expo between May 30 and June 2. Live production of the Polyman will be taking place at the VDWF joint stand in Hall 6 of the Messe Stuttgart.

Cooperation Within the Industry - an example par excellence!

The Polyman project is the product of exemplary collaboration between technology partners and sponsors. The idea and conception came from Professor Steffen Ritter of the Reutlingen University of Applied Sciences. The VDWF kick-started and coordinated the project. In the end, the Polyman team worked in concert: while the Georg Meusburger company from Wolfurt, Austria, supplied the standard polyethylene, Borealis and Granula took care of the polyethylene (the masterbatch), engineer Dirk Falke from Sukow created the design, Formotion from Wilnsdorf built the tool, and KraussMaffei from Munich supplied the injection molding machine to be used for the Plyman’s production at the Molding Expo. There, Messe Stuttgart will be providing its marketing channels for the project. In addition, the Schmalkalden University of Applied Sciences agreed to continue producing the Polyman after the Molding Expo so that this exceptional injection molding pattern remains available.

It’s Good to See the Bad Side

Professor Steffen Ritter and his engineering student Patrick Wiest have been working on the development of the Polyman for over 1,000 hours. «For years, I’ve been looking for a part that makes visible the construction of the the injection-molded component – especially through a direct comparison of good and bad,» says Ritter.

The Polyman was the perfect realization of his ideas. The two component polyethylene application consists of a good side in blue and a bad side in orange. With a single practiced look, you can see well planned tool design and how to optimize the quality of the components to be produced while also saving time and money.

Professor Steffen Ritter, Reutlingen University of Applied Sciences:
«A big ‘Thank you’ to the VDWF for coordinating everything! The success of the Polyman makes for a great story! And another Thank you to all the partners whose support made the realization of this project possible. While I have done many such studies and networking projects, the Polyman stands apart for its unbelievably large network. The Polyman is the essence of injection molding in a maximally condensed form. I can easily explain and show a number of things with a single component. Obviously, this requires a very complex piece. This is, without a doubt, the most conceptually exciting component that I have supervised from proposal all the way to series production and implementation at this university. I've never been so happy about a twisted component!»

Patrick Wiest, mechanical engineering student, Reutlingen University of Applied Sciences:
«I was able to work on something really special here - and learned a lot too - because I was able to deal with all the important aspects of injection molding - from A to Z – on a single project. The fact that the component is now produced at the Molding Expo makes me very proud!»

Florian Niethammer, Team Manager Molding Expo, Messe Stuttgart:
«Polyman is a great injection mold pattern - and the scientific documentation behind it is remarkable. It was clear to us as a trade fair that we would want to join and accompany this project. The Polyman is an initiative that does not exist in the industry so far. It will enrich the whole industry. It is based on ideals of better quality in components, more cost-efficient tool making, and a commitment to lifelong learning. These are all qualities for which we at the Molding Expo want to provide a platform and marketing channels.»

Professor Thomas Seul, Schmalkalden University of Applied Sciences and VDWF President:
«I am very committed to the idea of the Polyman. It is a really helpful didactic tool to explain and compare the requirements for tool technology, product development, and production processes. The Polyman is a physical book - not an audiobook, or a literary book, but a 3D book! In other words, it is the best teaching tool anyone could ask for. Both my colleague, Professor Steffen Ritter, and I would be thrilled should one of the vocational schools or courses of study approach us about using our Polyman “textbook” as part of their training. The opportunity for collaboration with Reutlingen University of Applied Sciences and Professor Ritter was ideal for me and the University of Schmalkalden. That was true of all the others involved in the project as well, who allowed me to see myself as part of a team working for the improvement of the entire industry. That – as with all technical input – is especially respectable.»

Dirk Falke, engineer for Scherin from Sukow:
«The Polyman shows how things ought to be: a component designed to be material, technology, and tool compatible. On the other side, it shows the unfortunate reality of what is often done: a component without demoulding bevels, little regard for wall thickness ratios, etc. The flexible design of the tool for different machine concepts – including the option of injecting the Polyman as a 1K part – was a fun engineering challenge! With its replaceable and interchangeable plates for different sprue concepts, the Polyman is a real model kit. And that a tool of this complexity comes out perfectly in the first trial – I don’t know if that has happened any other time in the last hundred years – probably not.»

Thilo Krumm, Managing Director of Formotion, Wilnsdorf:
«We do not actually make injection molds. Our specialty is thermoforming and foam tools. But as soon I heard about the Polyamn idea, I couldn’t stop thinking about it. We did something that most people would not have believed we could. That binds us as a team here at Formotion. It's a very cool feeling when a tool goes to the machine for a mold trial and then you actually get to hold the thing in your hands afterwards - a sublime feeling! Experts from all fields are involved in the Polyman project. You cannot help but learn from them! The Polyman is really a brand-new thing because you can demonstrate a juxtaposition of better or worse tool construction in a single piece.»

Paul Anner, Application Technician at KrausMaffei, Munich:
«The fact that the Polyman project moved forward so quickly is really amazing. Everything worked out wonderfully – even though the balancing of two plastic components was especially important for this tool. The evaluation revealed how well designed and implemented everything was. Very little reworking was needed. I have rarely ever seen it happen so fast. And I have never seen so many people at an initial sampling. All of them were working toward a common goal – that’s the important thing. And success for the Polyman means that the “bad» side with the negative characteristics has to been really nauseatingly bad - with lots of pitting and warping. This is something you can’t calculate in advance.»

Marco Gänßlen, technical trade fair coordinator at KraussMaffei, Munich:
"The Polyman is an interesting project for KraussMaffei, because «good» and «bad» construction come together in a single series project. This is unique. Not only will it benefit us, it will be hugely beneficial to the entire tool making industry. We are happy to support such an initiative. In our company, the Polyman stands within its rights to be used in the field of applied engineering or as an object of observation. And I must say: I think the colors are spectacular! The orange «bad» side even contains some fluorescent material. Just right for this combination.» 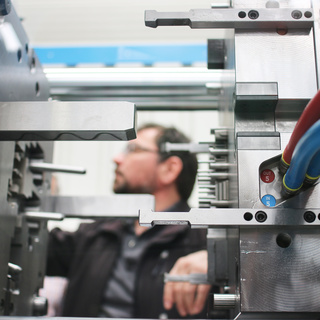 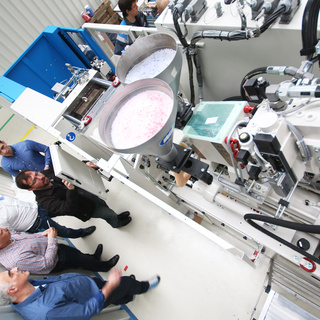 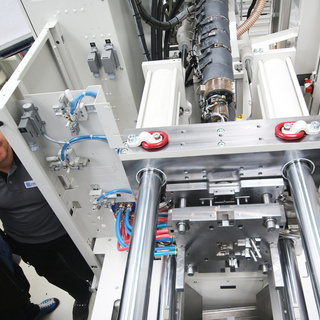 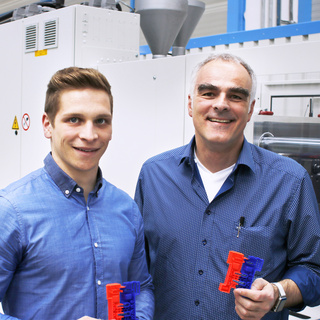 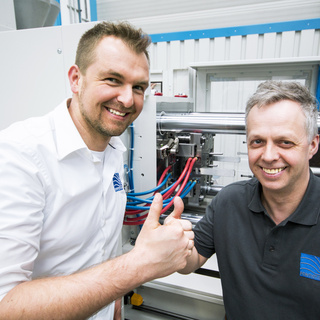 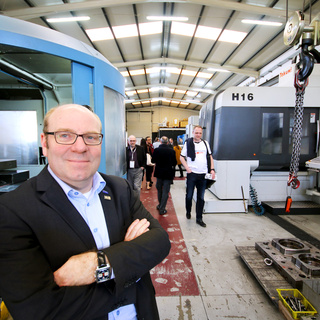 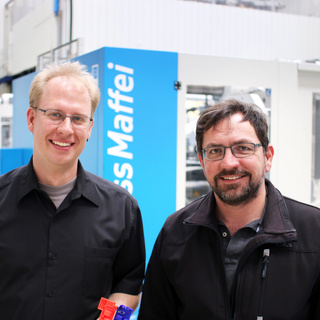 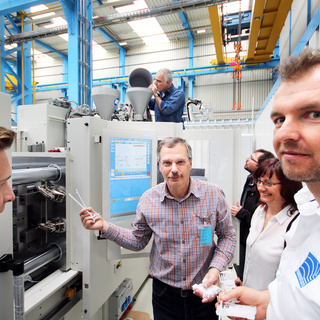 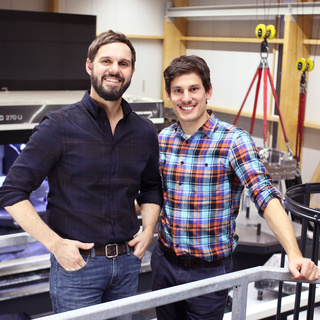 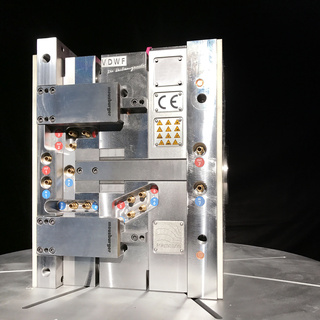 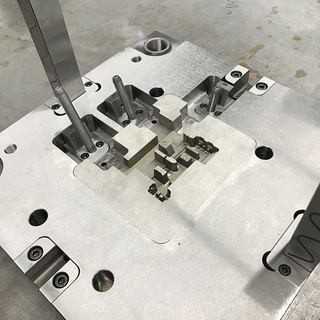 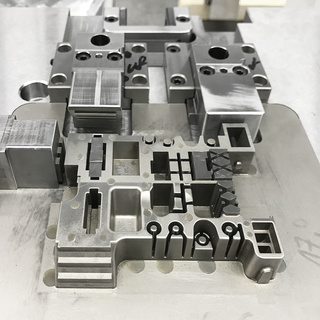 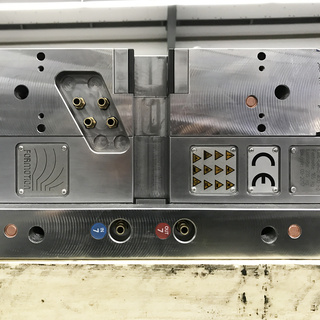 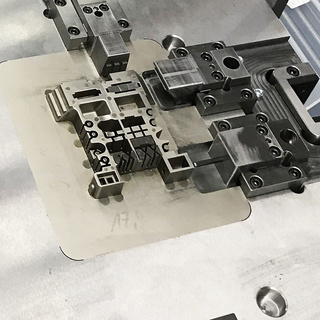 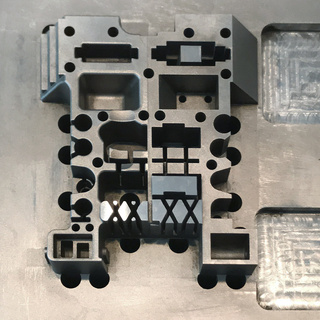 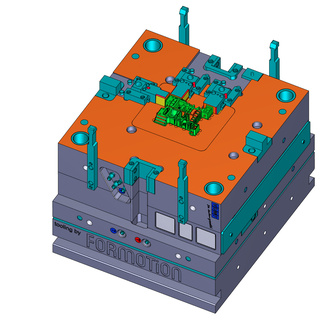 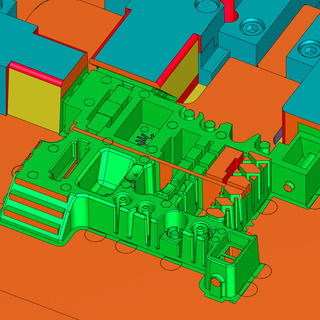 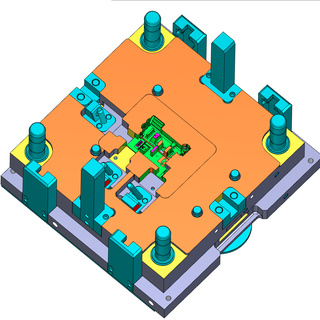 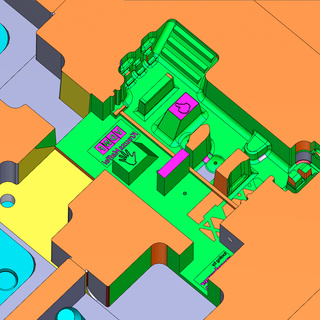 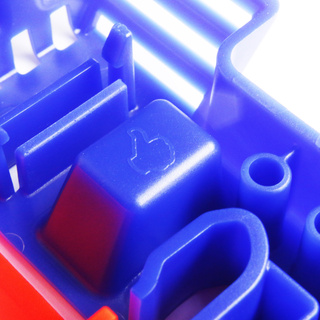 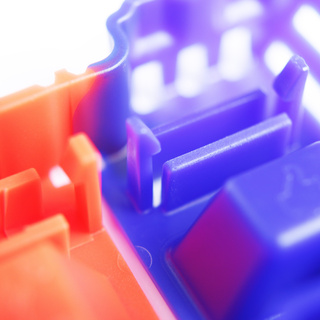 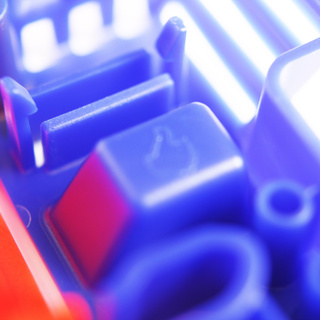 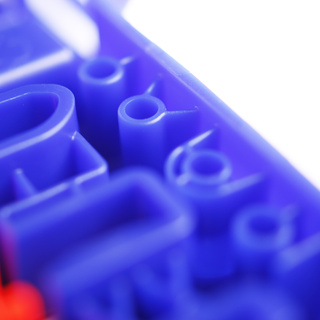 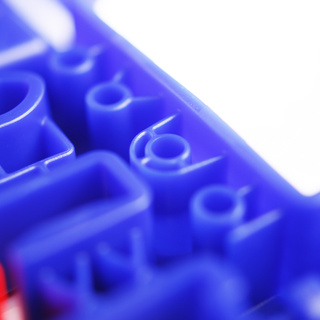 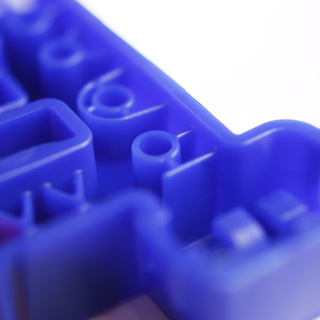 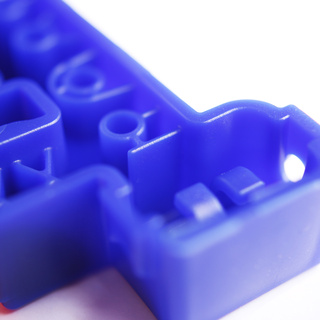