VDWF distinguished in «Association of the Year 2018» competition

The Association of German Tool and Moldmakers, VDWF, receives prize in «Reform and Management» category

They were only one micron away from taking the first place spot on the podium. Nontheless, the smiles of President Professor Thomas Seul and Managing Director Ralf Dürrwächter were proud and content during the evening ceremonial event held on 12 March in Berlin as part of the 16th German Society for Association Management (DGVM) received the second place award in the «Association of the Year 2018» competition.

«The ability of an association to transform its members into fans is exactly what it takes for successful association management and growth,» the jury's assessment states. For this very reason, it therefore makes sense to take a closer look at the VDWF: «Topics that often cause problems for other associations seem to be dealt with playfully at the VDWF.» For example,  according to  the DGVM, they include young up-and-coming entrepreneurs in their association work and the association's study courses that have been successfully set-up in cooperation with Schmalkalden University. DGVM Vice-President Dr. Winfried Eggers said it best in his laudatory speech: «We are excited about your ability to maintain your solidarity and work within your association and with your ability to stimulate business activity through cohesion and the sharing of knowledge.»

This is reason enough for Thomas Seul to classify the placement as a constructive and positive achievement: «This reflects on us very favorably. Our members in particular can be very proud of the exposure we have gained from this nomination. I am pleased to receive this 'award' as a badge of achievement.»

As part of the 16th German Society for Association Management (DGVM), VDWF received the second place award in the «Association of the Year 2018» competition during the evening ceremonial event held on 12 March in Berlin.

President Professor Thomas Seul and Managing Director Ralf Dürrwächter were proud and content to receive the second place award of the «Association of the Year 2018" competition, organized by DGVM. 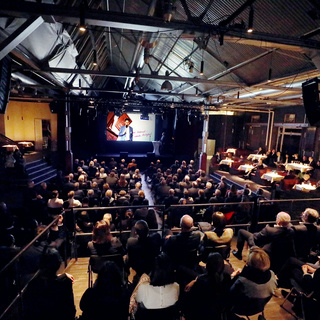 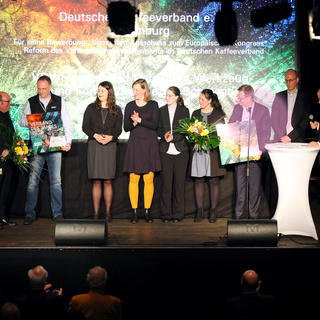 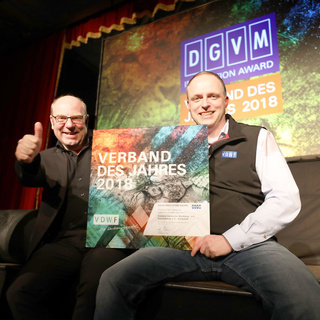 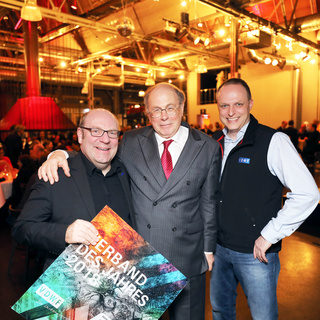 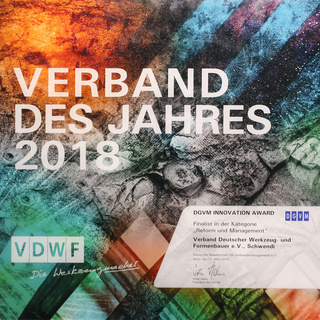